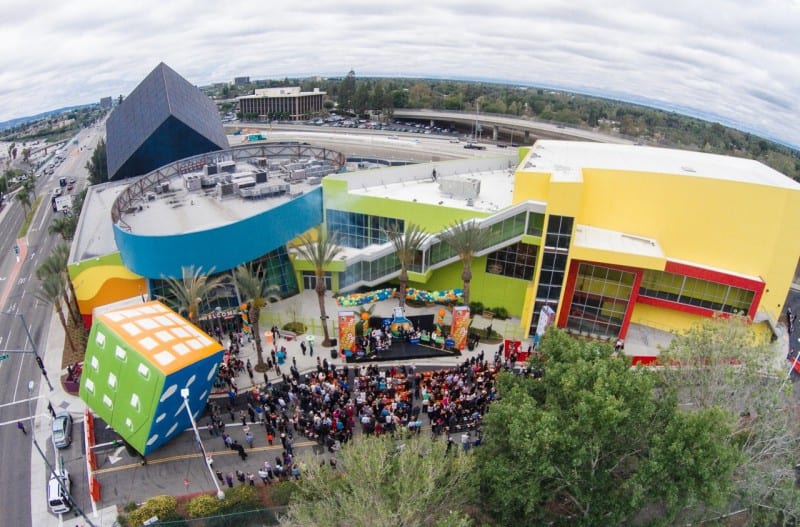 Mad Systems were employed to design and implement the theater audio system as well as the background music and paging systems for the new expansion at the Orange County Discover Cube, which had its official opening today (Thursday June 11th 2015).

The theater employs a Bose Roommatch(tm) based audio system, driven by a Midas X32 digital audio board. The system was first used for Bubblefest, an amazing annual show at the Discovery Cube that is all about blowing bubbles – but taken to extremes. The entire theater was filled with bubbles, while the audio system continued to provide solid musical support and intelligible audio to the thousands of visitors that passed through the theater last March and April. The Discovery Cube management team describes the system as delivering “beyond expectations”.

The ‘new’ system was also integrated with the existing building’s audio system so that one integrated system is now used to provide background music and venue-wide paging. Mad Systems developed custom software that delivers up to 8 background music audio tracks that can be routed to any area within the museum, with timed and manually controlled paging facilities. The audio computer outputs its audio in digital form on a Dante link directly into the Digital Signal Processors within the system and also allows the client to pre-select time windows and zones in which audio is to play and announcements are to be made so that normal operation of the system’s audio selections are fully automated. Two additional paging systems were implemented to allow staff to make ad-hoc announcements as necessary.