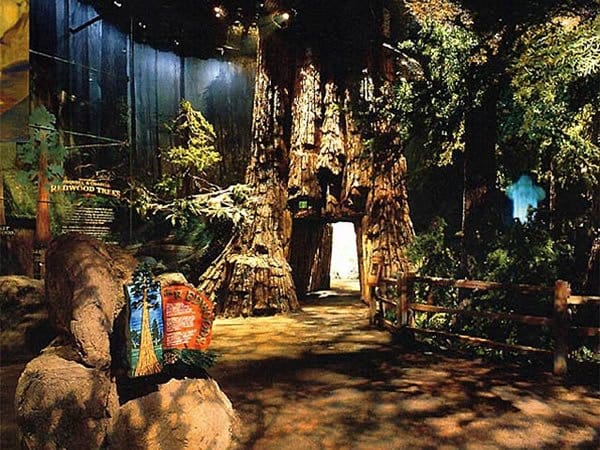 Have you ever been to the Small World exhibit at Disney? Have you ever tried to do the ubiquitous boat ride 10 times in a row? Do you find yourself humming along?

As someone who “lived” in the Small World building for a few months during a project, many years ago, I still feel shivers crawl across my spine every time one of the kids wants to go into the Small World exhibit… The concept of ‘water torture’ is only too familiar. Once that tune is in my head, it tends to remain there for longer than is reasonable.

Remembering lunch at a Rainforest Cafe some years ago, it’s one of those places I have avoided since. Sitting down to eat only to find yourself subconsciously counting down to hear yourself say “cue parrot”, followed about 30 seconds later with “cue monkey” does not make for a great experience.

What can one do to avoid these annoying short audio loops that drive staff and (at least SOME) visitors crazy? Well – there are ways. Of course, sometimes there’s not a lot you can do, and in those cases you’ll have to live with it. Clearly Small World is one of those cases. However, I’ll refer back to a project that we did in the late nineties. We created a system for a restaurant chain called “the American Wilderness Experience” that allowed us to add literally hundreds of audio samples into an audio replay unit’s memory, and then randomize the delivery of these sound sample, with a minimum and a maximum repetition rate for each of the samples. There was a background loop – but it wasn’t a single loop: we created two or three separate low level background loops with a different run length, and ran them simultaneously so that the resulting audio didn’t repeat. The timing was set up such that the loops really didn’t come together again for hours so that ‘repeating’ in the traditional sense wasn’t much of an issue. The background track content provided for that low level noise that helps create a restaurant environment that prevents you from having to listen to everybody else’s conversations. In the wooded areas we created the sound of wind in the trees at high level, the rustling of leaves, and other low level sounds that you’d expect to hear in a forest. In the caves, we’d have sounds of water running in the distance, with dripping noises here and there, combined with a very quiet background noise, just to separate this area from the rest of the space.

On top of that different animals would then ‘pop up’ at different times. Wolves, various birds, rustling noises and a host of other related noises including a thunderstorm ‘show’ (there were in fact a few different ones set up such that one would run every 20-30 minutes, but we had several different files so that none of them would be repeated for at least a couple of hours). The ‘foreground’ sounds were completely randomized, and with 10 or 20 wolf related sound bites with various lengths and intensities, which would be set to be heard no more often than every 30-90 minutes, the behavior of the system was best described as predictably unpredictable. Visitors felt that they heard what they’d expect – but there was never a repeating sequence.

At the time, this system was implemented in 20-some solid state audio players, but since then we have done similar systems using PC computers, providing a non-proprietary solution to our clients. At this point, it is quite feasible to do a system such as this on one or a couple of solid state PCs, reducing rack space and increasing system reliability. It’s a great way to make sure that you create a nice environment rather than a pre-mixed loop which will keep guests coming back, never feeling that they are, somehow, re-living ground hog day.

In total we had just over 40 audio outputs, with a speaker each set up at three different levels in the “trees” that created the environment – some low down, some at mid level, and some high up in the trees.

One late evening while we were first bringing the system up we found one of the electricians wandering around the space trying to see where some poor bird was that he’d heard in the canopy somewhere. After helping him try to find it for a few minutes, we did in the end admit that we had just started the audio system… it took us a while to convince him.

Do you need a non-repeating audio ‘environment’? If so, give us a call – we’d love to do another one!