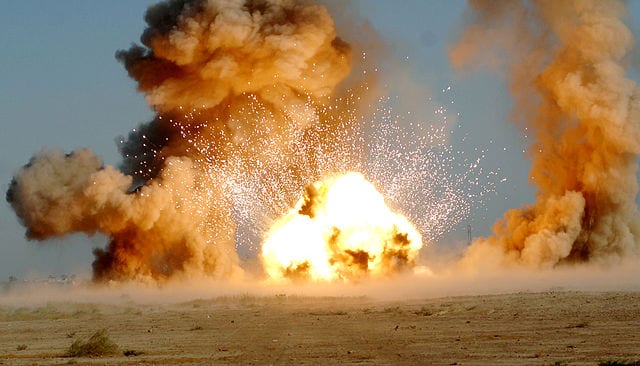 Who knew it mattered? Well, it does if you consider that for every 18F (10C) rise above normal room temperature (72F, 22C) the reliability of electronic components is halved – and we all know that equipment cooling is something that is often forgotten or ignored.

This article intends to give a few hints on what is likely to be a good way to cool equipment – and rather than trying to solve it using maths and physics, we’ll see how far we can get by just looking at a few common sense ideas.

I’m sure most of us have seen systems where someone ended up putting a desk fan inside a cabinet in the hope that ‘stirring the air’ would take care of overheating problems… and for those that would try that approach, there’s usually a nasty surprise coming unless there is a heat exchanger somewhere in the system to actually get rid of the heat from the cabinet.

Electronic equipment needs to be treated with some care. Although there is equipment that can survive a lot, when it comes to computers, amplifiers (especially larger ones), Digital Signal Processing units, monitors and projectors, we need to exert some care ideally during the design stages of a project to make sure it has the best possible chance of long term survival.

Take a computer that generates say 300 Watts while running (nothing unusual if it has a reasonable graphics card in it), and that energy is effectively absorbed inside of its enclosure. Looking at the Hoffman Enclosures site, their indication is that if you put that computer into a 48x26x16 inch painted steel enclosure, then the expected temperature rise is 30F (17C) above ambient. A safety factor of 25% is recommended, so reality could be worse. This means, that if this box is in an air-conditioned room that is kept at 70F (21C), the internal temperature of the box will rise to 100F (38C), which according to research will reduce your equipment life to well less than one half of what it was designed for – clearly not good for the client. If this is not a metal box, but a wooden cabinet or set work used as an enclosure for an exhibit, then the radiated heat from the cabinet is less, raising the temperature further.

At that point we know we need to add one or more fans to get some air through this box. How do we do this?

The ‘norm’ has been for people to add a fan of some sort to pull the hot air from the cabinet – I’ve never quite understood why this feel like the right thing to do, but it is actually not a great idea. If you intend to use a fan, there are a few things worthy of note. Where should the fan be located? Well – hot air rises, so it would appear to make sense to ‘assist’ the natural order of things by pulling air out as close to the top of the cabinet as you can if you are going to remove air from the cabinet. Any space below the top of the fan and the top of the cabinet could easily end up being ‘dead space’ where airflow is either unpredictable, or doesn’t happen.

There is, however, a much bigger problem. If you use a fan to suck air out of an enclosure, that air has to come in somewhere as you are reducing the air pressure inside of the cabinet. You can usually not really control where the replacement air comes in. Is there a gap in the door? That’s where some of the air is going to come through, and it might not even mix with the cabinet air before it is sucked out with the fan. Not only that, dirty streaks could start to form wherever that air is being pulled in due to a combination of static build-up and dirt in the incoming air. Is there a monitor at the top of the enclosure? Well – ambient air will be pulled through the gaps in there, and again, you can expect streaks of dirt (and bits of skin, of course) to start accumulating on the surfaces where the air comes in. All that dirt will also end up inside the cabinet, and ultimately deposit itself on any equipment fans and of course the internal electronics of the equipment itself. All in all, pulling air from a cabinet is in most cases not a good way to go about things.

The better way is to push air INTO the cabinet – and here are some good reasons: if you use a fan with a built-in filter (that obviously has to be cleaned every now and then) you end up with relatively clean air inside of the cabinet. The obvious advantages of that are that the internal equipment fans won’t be coated with dirt and dust, and that any escaping air (the cabinet is now, after all, at higher than ambient pressure) will also be cleaner than the ambient air as it has been filtered – so there should be no reason for dirt streaks to form where the air comes out of the cabinet. Since you are pressurizing the cabinet, if you provide some air slots at the top of the cabinet most of the air is likely to leave there – these can be hidden slots in the top couple of inches of the cabinet, so that airflow can be reasonably controlled by having the fans towards the bottom of the cabinets and the outlet slots at the top. The filters, by the way, are best located upstream of the fans so that the main enclosure fans themselves also stay clean!

As for airflow – this is obviously dependent on a few things including the amount of heat generated inside of the cabinet, the internal dimensions of the cabinet, how efficient the equipment is in transferring that heat to the environment, and how the airflow is controlled. We always recommend a flow from bottom to top – the disadvantage being that the inlet ends up near the floor, which is where dirt collects. However, the addition of an easily accessible filter that is changed more often that it appears to need to be changed should take care of that – the coolest air in the venue is normally also found there! As the air inside the cabinet heats, the air naturally rises, and is then pushed out at the top. Ideally, also push it out so that if you pull air in from the front, push it out of the back to push this air across the enclosure to reduce any stagnant air pockets. Depending on what is in the cabinet, some internal baffling might also be used to create a ‘sensible’ air flow pattern.

As for the velocity of airflow that is required required – that’s obviously rather harder. The empirical approach is probably best here for most of us. Either put the equipment, or an equivalent heater, into the cabinet you’re having to cool, and then use a simple electronic thermometer in with a remote thermocouple (most kitchen stores will be able to help). Make sure to measure a sensible location, like the inlet fan of the equipment that you’re locating inside of the cabinet, the air in the top of the cabinet, or in the outlet of the exhaust air from the cabinet. If you’re using a computer, make sure it’s working at least as hard as it will be in the final install, as computers use a lot less power when they’re idling or not working too hard. Now look at temperature rise above ambient, and that will give you an indication of the size of the problem. By getting some relatively low cost fans with a known Cubic Feet per Minute (CFM) rating, and pushing air into the cabinet through an adequate hole in the bottom and slots in the top of the cabinet (remember, try to pull it in from the front and out of the back if you can you will get an idea as to the smallest (cheapest, quietest) fan that will be able to help you keep the cabinet within an acceptable temperature range. As a quick hint (and it obviously completely depends on your installation) anything less than 80-100CFM is probably not going to help a whole lot when you put a computer into the cabinet.

Finally one more point: using (at least) two fans is a great idea in all cases, and making sure that each fan is rated sufficiently so that the resulting temperature in the case is always acceptable even if one fan fails is the best way to safeguard an exhibit. This way, even if a fan fails, and the client doesn’t notice it for 3 months, assuming that they somewhat regularly clean/check fans and filters, the equipment will not be subjected to damaging conditions. One would hope that maintenance would be rather more often than that – but reality is what it is, and we’ve seen too many locations where filters were clogged after years of neglect, so let’s be pragmatic in our design, and make sure that we’ve got at least some cool air coming through these cabinets: it’s the only way that we can design to help our clients look after their valuable equipment!