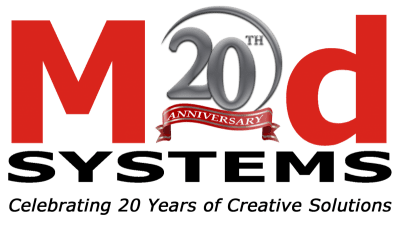 Burbank circa 1998, a Dutch engineer with a background in both the entertainment and aerospace industry, started a new business venture in a foreign country. The goal, to provide custom audiovisual systems to clients looking for a unique solution. The
key element here was identifying clients who needed an answer to a complicated problem; in other words, a challenge. And so Mad Systems began.

Maris Ensing, founder of Mad Systems, began his career developing a host of new show control systems for an international clientele. The products ranged from control devices for slide projectors, lighting, special effects and animatronics, to video walls. After living and
working in various countries including England, Brazil, Japan, Russia, and America, Ensing decided to make the USA his new home, and open a business of his own. Enter Tricia Rodriguez.

Ensing and Rodriguez met in 1999 while she was a sales representative for an audio manufacturer. Impressed by her tenacity and standards of excellence, Ensing became business partners with Rodriguez and started the corporation known as Creative Mad
Systems, Inc, doing business as Mad Systems.

Twenty years later, the company is one of the leading providers of custom AV solutions and interactive experiences for museums, brands, visitor centers and theme parks. Mad Systems’ clientele includes Fortune 500 companies, such as Microsoft, Disney, FedEx,
Hewlett-Packard, and Yahoo. The majority woman-owned company is headquartered in Orange County, California, but recently expanded to Beijing, China, and opened a satellite office in Orlando, Florida.

The Mad Systems team is an eclectic group made up of experienced engineers from all over the world and technicians who’ve worked in the specialized themed entertainment industry for decades. There is no project too small or large for Mad Systems.