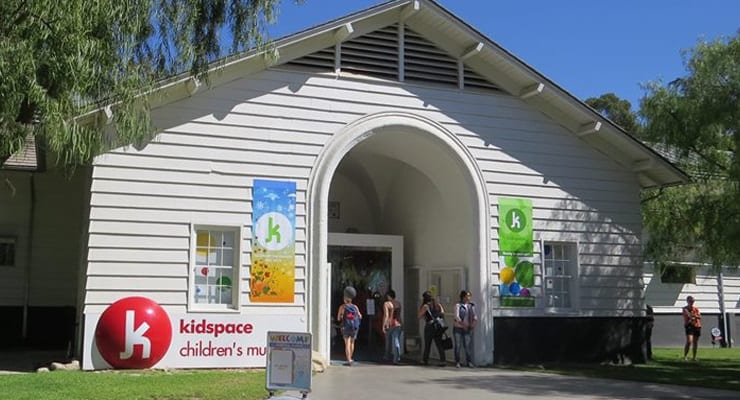 Some of the exhibits we created are shown below. The first one is the microscope, that allows kids to look at stones, leaves and other objects that they would not normally get to see quite so close:

One of our favorite interactives was the Bug’s kitchen, where insects turn up on the (“transparent”) screen that shows them appearing over the background (live) video. A number of different movies were created that show various bugs asking for their food. Presentation of the RFID tag equipped plates to the order window then evokes a reaction – and indeed someone taking their time giving the bug its food in itself will cause a reaction, too. The client insisted on something special for the fly, who will nicely puke all over the window if the wrong food is presented. An all-time favorite with the kids, of course! In all fairness, we had an incredibly good time with this one, too

The Bemazed exhibit again was an interesting one. The story is that of a bee (called ‘B’, much before we ended up with a ‘B’ here in the office) that has to travel from the hive. B is represented by a ball on a tilty table that can be manipulated by as many as a dozen participants. The ball starts off in the hive, and then depending on what the queen tells visitors to do on one of three video screens, has to go through the city, the arroyo or the desert to arrive at one of three flowers. Many adventures await on the way, and B can be trapped by a horse in a stable, be caught speeding through the desert, find its way to the inside of a mine shaft where a miner sets and detonates a charge, almost be ran over by a fire truck, nearly drown while getting attacked by a fish while overflying water, or be forced to depend on the GPS to find its way out of a dense forest. A total of over 20 adventures, all implemented as videos on the screens are available to help tell the story of how bees lives are fraught with difficulty as they go out into the world to collect pollen. Some images below:

There were a host of other really cool exhibits including a ‘bug radio’, a food channel exhibit and several others designed to educate and entertain.