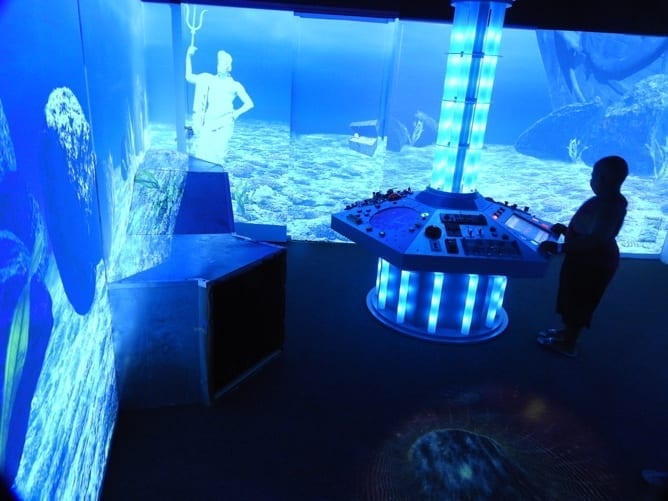 Late in 2018 our client at the #Temecula Children’s museum, better known here as Professor #Pennypickle’s Workshop, asked us think of a concept to replace one of their existing exhibits. The museum is actually the domicile of the good Professor, who counts luminaries such as Tesla, Edison, and Sherlock Holmes amongst her friends. The Professor has a mouse in the house called Beaker – but Beaker is not just any mouse. Beaker has an IQ of at least 180, lives with the professor, and is at the root of a lot of the inventions and adventures seen there. In fact – Beaker is very much into his own inventions, of which a number of examples may be found around the museum. Funnily enough, visitors never see a lot of Beaker around the place – but the mouse’s work is seen everywhere.

Pennypickle’s is very different from the average children’s museum, in that the hands-on approach is taken to exceptional levels which has provided for an amazing result where kids and parents alike are unlikely to ever quite see everything there is to see, or experience everything there is to experience. We have been going there for years, and even now we regularly find new little exhibits or effects that even we have not seen before.

When the professor contacted us, the basement was set up as a recycling lab, but with new developments in that area, she found that it was time to do something different with this space. For reference, there are two crawl-entries into the ‘basement’ – one from the main corridor, and one through a chimney from an adjacent room. There is also a secret entry in the form of a door for parents and other grown-ups who somehow don’t want to use the two main entries into the room. Pennypickle’s home being what it is, this clearly needed a very special new exhibit that would provide the right kind of functionality from very young kids right up to teenage kids, with a possibility for expansion into an Escape room type space or something that would allow the staff to entertain even corporate visitor groups later

Mad Systems and the Professor started work on a new concept for a device called a SATTA – which stands for Space And Time Travel Apparatus. It would require a console in the room – which has an odd shape, pretty well void of the 90 degree angles normally associated with a usual space, and that console would then accommodate the Professor’s traveling plans, which involved locations (and times) on earth as well as in space. We assisted the professor by catching a wormhole to power this creation, and by designing and building an interactive console that has the necessary controls to interface to the SATTA computer, which in turn drives 10 projectors that fill the room, with 8 projectors to cover the walls, one on part of the ceiling to create a ‘viewport’ overhead, and one to create a visual representation of the infinite wormhole powering the experience on the floor. An immersive 8 channel audio replay device, part of Mad’s QuickSilver™ AV system, provides the main audio with 4 low and 4 high speakers generating a full spatial surround environment where sounds swirl around visitors during the SATTA take-offs and landings. The secret entry door for adults has been changed, so that it now resembles a British telephone booth – iconic and easily recognized, it allows kids to give grown-ups some pointers as to how they might find the secret entry to enter the SATTA control room and become part of their adventures. Of course Beaker now has a time and space travel device too: it is called the SATTA-lite (…), which takes the form of a mouse-sized telephone booth that may be found all over the museum, as Beaker has taken to using shortcuts in time and space to get from one place in the museum to the next by using the SATTA technology. Let’s face it – once you have a wormhole to tap for energy, the rest is just technology. We are delighted to report that feedback to date indicates that a number of visitors have already re-visited the Professor’s home in the past three weeks since opening, just to experience again the powerful machine known as the SATTA, which allows them to travel our world, time, and even space without ever having to leave the museum. Now for the technology: at the center of the system is Mad’s QuickSilver™/TeaParty show controller, which is connected to about 120 switches, levers and knobs through USB based I/O devices. A touchscreen powered from its own computer is used to allow visitors to select their destinations, and once the destination has been selected a couple of different methods may be used to start the journey. Various LEDs, little free-standing pre-programmed LED flashers, a Wheatstone Bridge, a control panel out of a MIG fighter jet and even a small 16 input MIDI sequencer/controller that uses TeaParty to allow kids to create a tune are incorporated into the console to add interest. TeaParty uses DMX to control the LED strips that animate the ‘light tubes’. A local WiFi network allows us to control various devices, with some physical network connections that allow TeaParty to control all of the 8 main projectors in the space. Eight speakers are used in a ‘cuboid’ configuration to provide sound that fully envelopes visitors in the space. Two WiFi controlled QuickSilver™ video servers are attached to small laser projectors to provide video. Simple serial lines from the wirelessly controlled servers control the projectors themselves (again controlled via TeaParty) as part of the power management system. This means that the server switches the projector on, and then allows for TeaParty to control and vary the scenery (one ‘wormhole’ projector on the floor and one ‘effects’ projector on the secret entry door). An 8 channel QuickSilver™ randomizing audio replay unit that is controlled by TeaParty over a WiFi link provides background sounds, and also the swirling multi-dimensional feeling ’take-off’ and ‘landing’ sounds that surround visitors.

For the video there is a QuickSilver™ eight channel server, that is designed to deliver either linear video (15,360 x 1080 pixels) or 360/360 video (from a 5.7k pixel converted 360/360 camera output) to be displayed onto eight HiDef projectors. The server allows for translation of the linear video in a horizontal direction, so that the relevant focal point of interest can be set to the right location in space. An angular offset can be set for each of the projectors within the 360/360 video so that the right part of the overall surround image is sliced and displayed onto the projectors to make up a surround image from a standard 360/360 surround movie.  It also provides a ‘crop’ function so that where walls do not match the 16:9 standard aspect ratio of the projectors, the image extent (left/right) can be limited as necessary. This allows us to create animations from photographs, as well as use the output of the 360/360 cameras that we’ve had various friends and family travel around with China, Singapore, London and a few other places with. Some of the recent NASA and other space agency footage from the Moon and Mars have provided us with nice 360 degree views – and animations such as the odd alien space craft, and even an alien pogo-sticking around the moon provide plenty of interest and fun to kids during their ’travels’.

Audio from the various sources is mixed in a Behringer X32 rack mount audio device, and fed into a QSC CX168 8-channel amp to speakers set up in the corners (such as there are) within the room to be a able to create a true 4/4 surround audio experience. A self-powered bass speaker is fed with the mixed and filtered output of the 8 main audio channels. In the simplest form, used for the general public and smaller kids, the destination is selected on the touchscreen, and then just 10 switch actions (any switch, any action) will start the trip. The ‘default’ location is the professors basement ‘today’ – so the various props in the room are today’s bicycles, food and various other items. After every trip, which tends to be around 30 seconds or so, the SATTA returns to this basement. Translations to new locations are done via one of a number of ’transitionals’, which are videos that with the ’take-off’ and ‘landing’ noises create the actual ’traveling’ experience. These transitionals range from fields of complex calculus flying around to beautiful swirls and worm-hole type of imagery. Visitors then arrive at their destinations.  Destinations include the same basement from the 1800s (with a manual washing tub and penny-farthing bicycle) to the 2100s (including a ’today’s discarded space suit, cleansing machine and various other 2100s toys and machinery), the Great Wall of China, the Forbidden City, London, Singapore, a meteor storm, the Moon, Mars, and various locations in outer space.