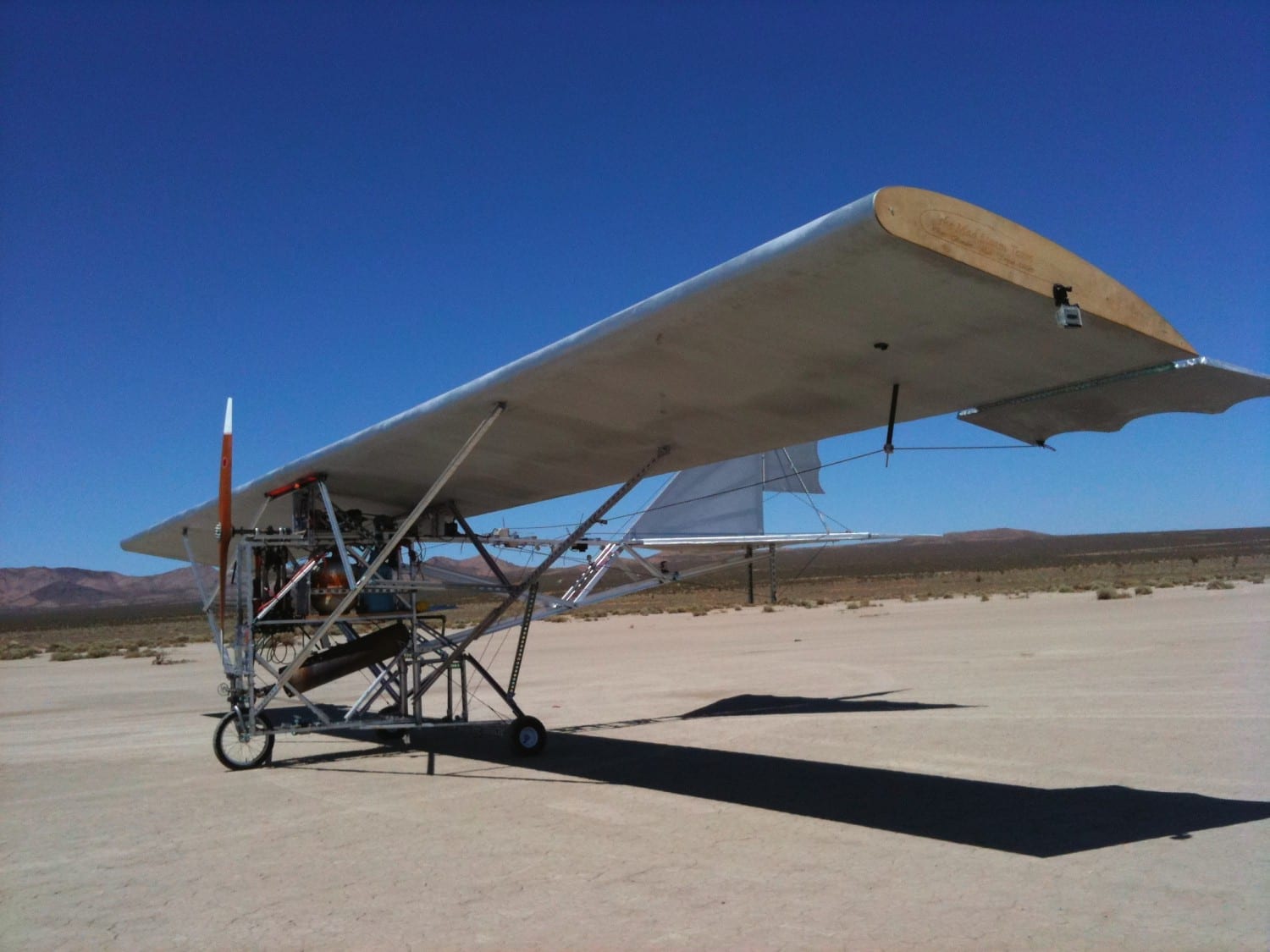 yes, we are a technology company. Yes, most of the work we do is Audio Visual and interactives development. However, sometimes something comes along that one just cannot refuse, and this opportunity to tell a story for and with the National Geographic channel definitely was one of those. How could we say no?

One day, we received a phone call to ask what we knew about Civil War (1860s) aviation. The logical answer was “well – they flew balloons”… As it turns out, evidence was found a few years ago in the National Archives that a certain Colonel Davidson had written a letter to the southern generals to suggest that for the sum of $1,500 and 3 months of labor he could build them a heavier than air craft that they would be use to bomb those northerners.

The question that followed this was “can you build one?” followed by “is three months enough” ?

We tried two previous engines, and were not too happy with them. To cut a long story short – in the end we managed to borrow an 1899 two cylinder double acting steam engine out of a Stanley Steamer from a kindly steam enthusiast, and went to work. With Serguei and Brandon’s work on the steam engine, Mark and Brett’s work on getting the wings together, and the rest of the team’s enthusiastic support, the result was great. We could not use a boiler, as we don’t have a boiler license – nor would we be able to live with the weight of it – so we developed a steam generator using a stainless steel flash coil (more commonly used to chill beer in a hurry), a flame thrower normally used to do weeding (and some minor modifications to get a 5′ flame out of it), pumped the whole thing up with an electric motor driven pump (with the motor out of a Walmart electric cart), took an electric grease gun to inject lubrication oil at a couple of hundred PSI, and hey presto, we had steam. Steam at 450 Fahrenheit and over 200 psi – enough to get the engine running nicely. The 40′ cloth wing came together nicely – the main difference here being that the shape of the wing was established by wood straight out of the water jet cutter. Did it fly? Well – find the documentary, and have a look. It’s a pretty fun 45 minutes of TV. Let’s just say that Boeing tend to do a lot of taxiing before trying to fly one of their planes…